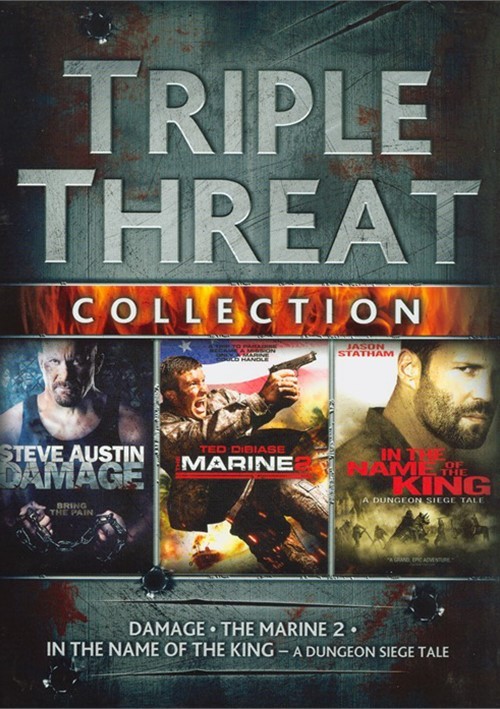 Steve Austin (The Condemned) unleashes a world of two-fisted action in this adrenaline-fueled knockout of a film set in the illegal world of underground fighting. Exploding with heart-stopping thrills, brutal fight sequences and nonstop suspense, Damage will leave you aching for you!

WWE superstar Ted DiBiase joins "the few and the proud" in this explosive tale of white-knuckle action, stunning effects and true heroism fit for the Marines. This fully loaded DVD brings the action home with sex featurettes, Muay Thai fight outtakes and much more!

In The Name of the King-A Dungeon Siege Tale