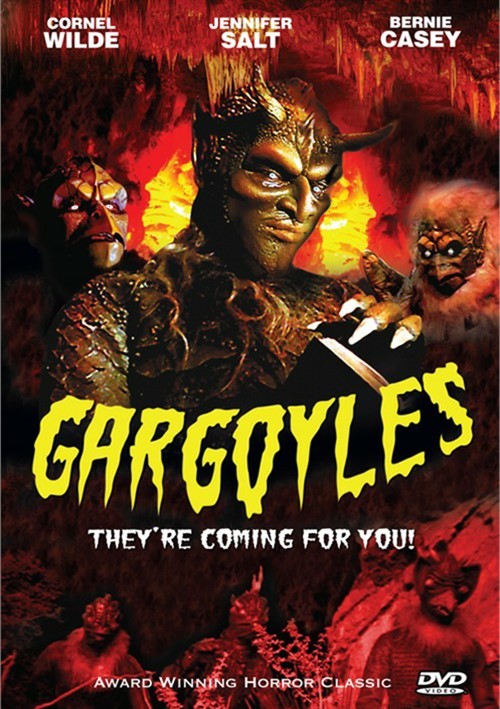 They're coming for you!

Cornel Wilde stars as an anthropology professor who stumbles upon a clan of demon gargoyles living in the desert Southwest. Since its first airing in 1972, this low-budget gem has earned an enduring spot in the hearts of horror fans worldwide. It won the Emmy award for Outstanding Achievement in Makeup for Del Armstrong, Ellis Burman Jr., and Stan Winston (Jurassic Park, Avatar). The special effects were created by Milt Rice and George Peckham.