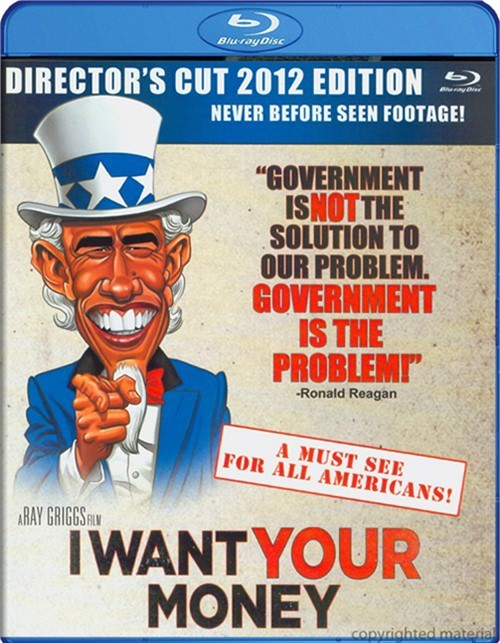 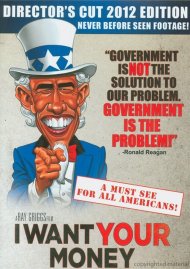 A must see for all Americans!

Set against the backdrop of America's growing disapproval of current economic policies, I Want Your Money takes a provocative look at our nation's deeply depressed economy using the words and actions of Presidents Ronald Reagan and Barack Obama. Filmmaker Ray Griggs engages his viewers by utilizing captivating interviews with some of today's best known stalwarts of America's conservative movement - including Newt Gingrich, Steve Forbes, Mike Huckabee and more. Follow him along this highly entertaining, educational, and informative fast-paced journey of interviews, historic video, thought provoking diagrams and charts and comedic animation as I Want Your Money explains in plainest terms the choice we have between 'Reaganomics' and 'Obamanomics'. Ultimately, this film is a call to action for Americans who care about their children's future and the future of the United States of America.

Review "I Want Your Money: Director's "

Reviews for "I Want Your Money: Director's "