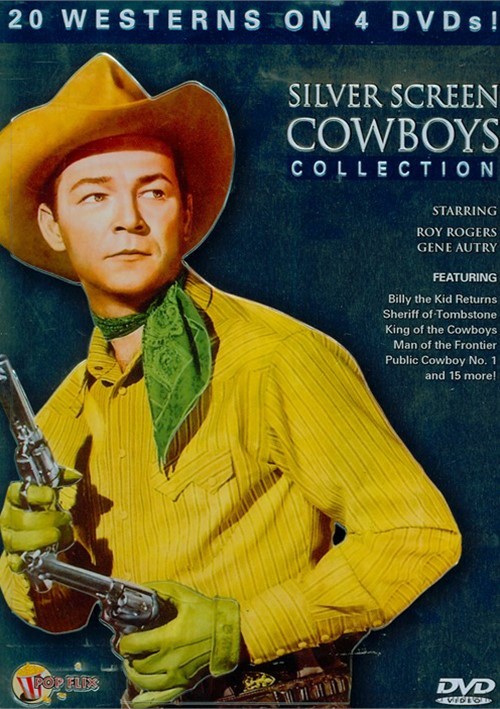 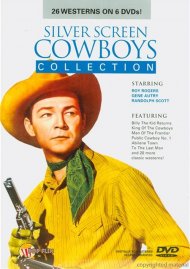 An ex-sheriff from Texas strolls into town with only a knapsack and a smooth voice, but the townsfolk think he's Billy the Kid!

Rogers, who works for respectable ranchero Don Jose, gets into a nasty row with his boss's sinister foreman.

Veterans of the Spanish-American war, Rogers and his buddies join the Texas patrol and quickly learn that the notorious Arizona Jack is the ringleader of various local crimes.

Rogers and Gabby are recruited as Confederate scouts. They learn that a group of supposed Confederate soldiers is actually terrorizing the Union sympathizers.

Rogers heads off to the lawless town of Tombstone. Things turn complicated when he is mistaken for a gunslinger.

Rogers is a stagecoach robber searching for his brother's killer.

Hickok has been hired to secretly carry gold to the Union troops.

A boy inherits the estate of a murdered rancher. The only living heir is furious and sets out to kill the child.

King of the Cowboys

Rogers has been hired by the governor of Texas to find out who's been sabotaging the territory. He finds himself right in the middle of a carnival show that the saboteurs use as a cover!

The Cowboy And The Senorita

Rogers befriends a young runaway from a rich ranching family. Together they look for her family's treasure.

Man of the Frontier

An irrigation company is constructing a dam for the local cattlemen, but sinister bankers try to undermine the project.

Autry is tossed from a train by an escaped murderer, who takes on his identity.

Rim of the Canyon

Cattle rustlers go high tech with trucks, short-wave radios, and airplanes to create an impenetrable cattle-thieving ring. No one can outsmart these crooks until Autry employs his old-school tactics.

Autry heads off to South Africa to deliver horses to his brother. Trouble begins as Autry confronts a local bad guy and his minions.

Riders Of The Whistling Pines

Autry is hired by the state to spray the territory with DDT to kill a moth infestation. When cattle start dying, Gene suspects that local bad guys are sabotaging the government.

Springtime In The Rockies

A college grad buys sheep to graze on her inherited ranch. Autry, the ranch manager, falls in love with her.

Autry takes on a ring of cattle rustlers by disguising himself in order to infiltrate the gang.

A sweet, lovesick cowboy is framed for murder. His ornery sidekick helps Autry out of trouble and win over the girl.

A pair of swindlers takes advantage of hapless folks and sells them lots in a ghost town. Autry works hard to bring the crooks to justice.