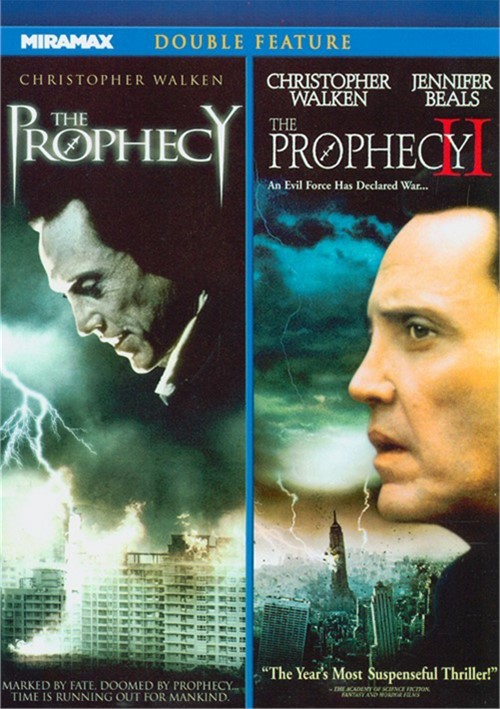 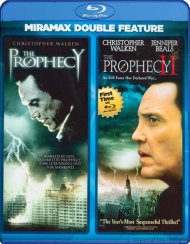 At the scene of a bizarre murder, L.A. homicide detective Thomas Dagget discovers a lethal heavenly prophecy now being fulfilled on earth! Yet in his fight to stop the f-rces of evil - led by the powerful angel Gabriel (Christopher Walken, Wedding Crashers) - Dagget finds an unlikely ally in an elementary school teacher (Virginia Madsen - The Haunting In Connecticut)Together they race against time and terror to save the world as we know it.

Big-screen favorite Christopher Walken returns in a riveting performance as the menacing angel Gabriel! When the powers of good and evil again descend to Earth in a battle over mankind, the only hope for survival is the unborn child of an innocent woman (Jennifer Beals, The Book Of Eli). With the help of a mysterious stranger, she races to protect her child and save all humanity . . . unless Gabriel catches her first.

Review "Prophecy, The / The Prophecy I"

Reviews for "Prophecy, The / The Prophecy I"