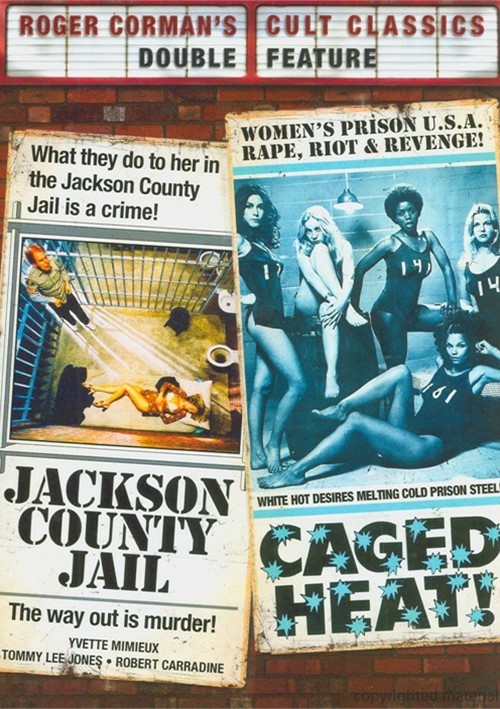 Advertising executive Dinah Hunter (Yvette Mimieux - The Time Machine) leaves a promising career in Los Angeles to start a new life in New York City. She hears east on a long cross-country drive that becomes a nightmare after she picks up some hitchhikers and finds herself beaten up and stranded in a small town, then is thrown in the jailhouse on vagrancy charges. Dinah finds herself at the mercy of some bad cops, but she finds a way to escape with another prisoner, Coley Blake (Tommy Lee Jones - Rolling Thunder). Now the two embark on a wild car chase with the police... Also starring Robert Carradine, Howard Hesseman and Mary Woronov (Death Race 2000).

Thrown into the penal hell of Connorville, petty criminal Jacqueline (Erica Gavin) must fight against the ruthless inmates, a cruel warden (Barbara Steele) and her depraved staff. Eventually she forms an uneasy friendship with two hardened inmates. When these three unite, they find themselves on a sexy and violent adventure seeking escape, money and revenge. Also starring Roberta Collins (Death Race 2000) and Rainbeaux Smith (Massacre At Central High). Written and directed by Jonathan Demme ( Silence Of The Lambs).