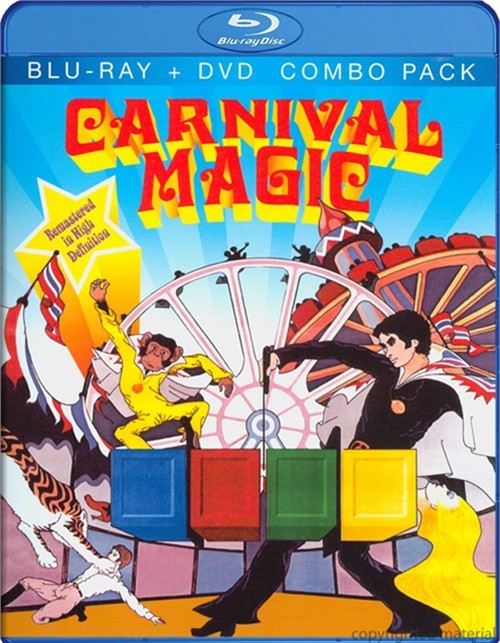 Long thought lost, Carnival Magic (1981) remained a legend among underground film fans . . . until 2009, when a 35mm print was discovered in an old warehouse. Now available for the first time in any home entertainment format, this cult favorite shines again, fully-restored and in high definition.

In one of the most bizarre "kid's" films ever made, Markov the Magnificent (Don Stewart, TV's Guiding Light, Knot's Landing, Dragnet) is a talented conjurer . . . but his career is fading. Partnering with an uber-intelligent simian sidekick, Alexander the Great ("Alex"), a chimp with the ability to speak, the duo quickly becomes a small-time circus' biggest draw. But when jealousies arise, they must defeat a drunk rival and an evil doctor to stay together . . . and alive.