One Way To Valhalla 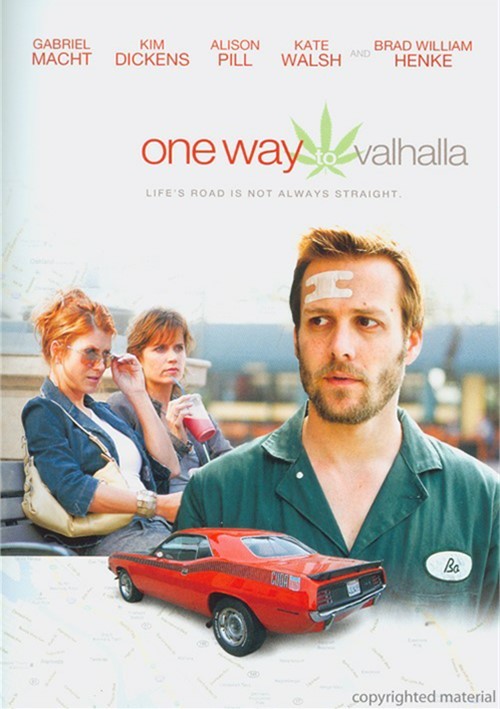 Life's road is not always straight

Bo Durant (Gabriel Macht), working class gearhead, is obsessed with his prized 1970 Plymouth Barracuda. Recently released from home detention, Bo's alcohol-fueled joy ride lands the car in impound. After several humiliating attempts to get it back, Bo is f-rced to ride a bicycle to work. On the way home, he has an accident.

As he recovers, his personality takes some strange turns. Neither his wife Jenny (Kim Dickens) nor his friends Raina (Kate Walsh) and Glenn (Brad William Henke) can relate to him anymore - nobody except his stepdaughter Dale (Allison Pill), who believes that Bo has experienced an "awakening". Her desire to shield him from the cruel realities of the world has its own absurd and near disastrous consequences.

Review "One Way To Valhalla"

Reviews for "One Way To Valhalla"