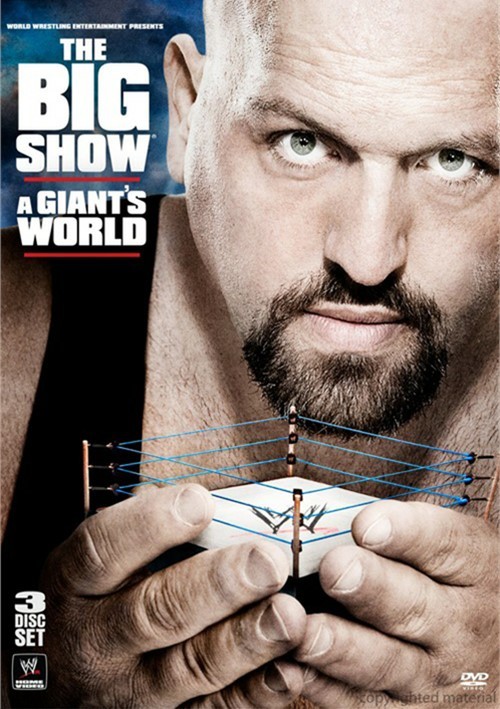 He's the world's largest athlete, a true ring titan reminiscent of Andre the Giant and one of the most dominant f-rces in the history of WWE.

He displays a unique blend of awe-inspiring power, a devastating punch and occasionally, a surprising sense of humor. Now, for the first time ever, viewers can learn the true story behind the man in Big Show: A Giant's World. Big Show shares the struggle of growing up with acromegaly and how it led him to a career in sports entertainment, first with WCW as the Giant, where he battled ring icons Hulk Hogan, "Nature Boy" Ric Flair, and Sting, before making the leap to WWE, where he battled Stone Cold Steve Austin, Undertaker, The Rock, Triple H, Brock Lesnar, and even boxing sensation Floyd "Money" Mayweather at Wrestlemania XXIV. See the other side of this feared competitor as his impact begins to be felt in Hollywood in addition to the ring.