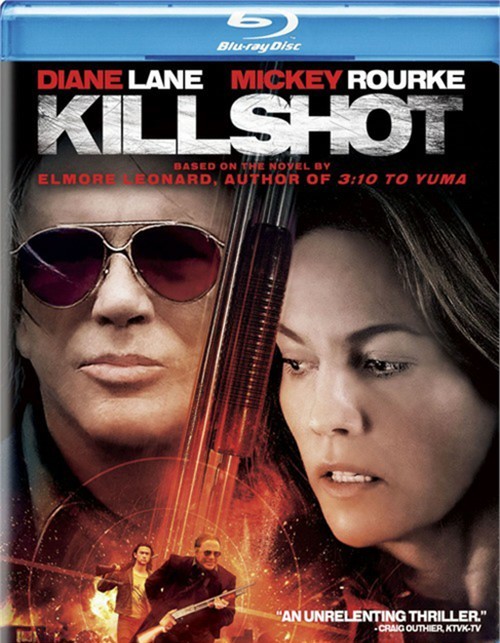 Mickey Rourke stars as Armand "Blackbird" Degas, a mafia hit man who shoots to kill and never leaves witnesses... until now. When Carmen and Wayne Colson (Diane Lane, Thomas Jane) see him at the scene of a botched murder attempt they become his next targets. After entering witness protection they discover the law isn't on their side and decide to take matters into their own hands. Also featuring Rosario Dawson and Joseph Gordon-Levitt, Killshot is a high-speed "unrelenting thriller" (Craigh Outhier, KTVK-TV) with a final showdown loaded with high-action and explosive tension.

Sparks, a film by Joseph Gordon-Levitt based on a short story by Elmore Leonard