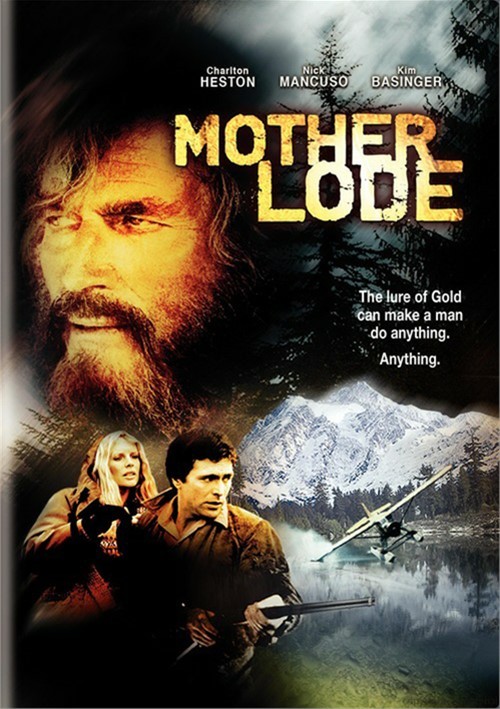 The lure of gold can make a man do anything. Anything.

It's Silas McGee's gold. He just hasn't found it yet, although he's searched for his mother lode for more than 30 years in the remote high country of British Columbia. Strangers with a similar bent for gold had best stay away: folks like that may never come out of McGee's mine alive.

Charlton Heston directs from a script by Fraser Heston and plays the double roles of mad recluse Silas and his even stranger twin Ian in this gritty survivalist adventure. Nick Mancuso and Kim Basinger, in one of her earlier film roles, play the duo who end up in McGee's world after their aircraft develops engine trouble . . . and who find much greater trouble when they begin to suspect his claim could hold a fortune. Fraser Heston served as producer with Martin Shafer and Andy Scheinman, and Peter Snell teamed up with Heston again as executive producer.

Behind the Scenes with Filmmaker Fraser C. Heston