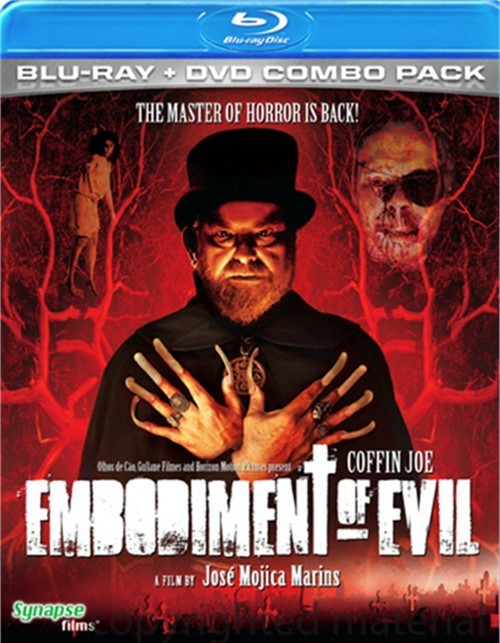 The master of horror is back!

After serving a 40-year prison term, Coffin Joe is finally released from the Mental Heath wing of the Sao Paulo State Penitentiary. Back on the streets, the sadistic undertaker is set upon fulfilling the goal which sent him to jail in the first place: find a woman who can give him the perfect child. Accompanied by his faithful servant, the humpbacked Bruno, Coffin Joe leaves behind a trail of horror and is haunted by ghostly visions and the spirits of his past victims.

This is the third film of the Coffin Joe Trilogy which began with the classic At Midnight I'll Take Your Soul (1964) and This Night I'll Possess Your Corpse (1967). Synapse Films is proud to present Embodiment Of Evil in a beautiful high-definition transfer created from the original camera negative with amazing 5.1 surround sound.

Reviews for "Embodiment Of Evil (Blu-ray + "