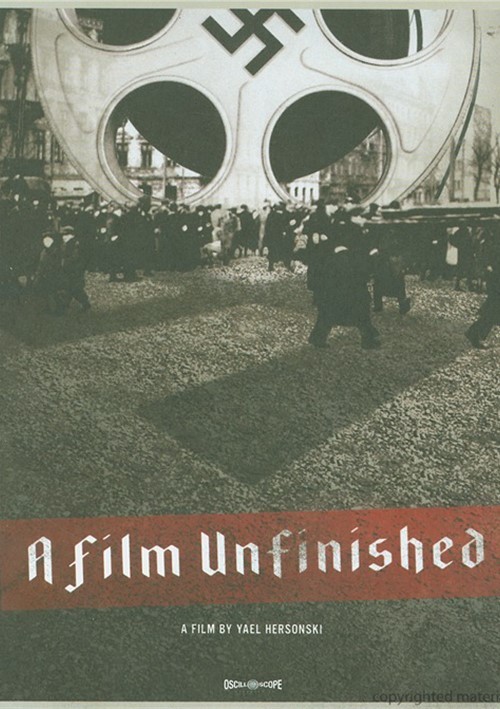 At the end of WWII, 60 minutes of raw film, having sat undisturbed in an East German archive, was discovered. Shot by the Nazis in Warsaw in May 1942 and labeled simply "Ghetto," this footage quickly became a resource for historians seeking an authentic record of the Warsaw Ghetto. However, the later discovery of a long-missing reel, including multiple takes and cameramen staging scenes, complicated earlier readings of the footage. A Film Unfinished presents the raw footage in its entirety, carefully noting fictionalized sequences (including a staged dinner party) falsely showing "the good life" enjoyed by Jewish urbanites, and probing deep into the making of the now-infamous Nazi propaganda film.

A film of enormous import, A Film Unfinished documents some of the worst horrors of our time and exposes the efforts of its perpetrators to propel their agenda and cast it in a favorable light.

Reviews for "Film Unfinished, A"