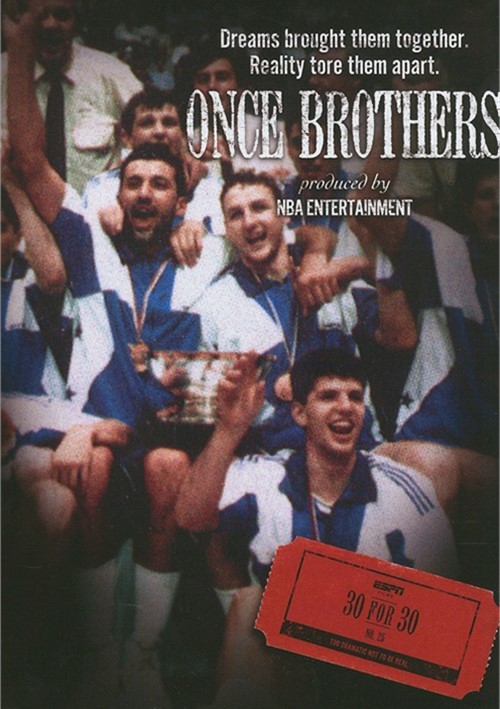 Drazen Petrovic and Vlade Divac grew up sharing the common bond of basketball. Close friends as well as teammates, they lifted the Yugoslavian National team to unimaginable heights and both eventually fulfilled their dreams of NBA stardom. But when war broke out between Petrovic's Croatia and Divac's Serbia, long buried ethnic tensions surfaced. And these two men, once brothers, were now on opposite sides of a deadly civil war. Narrated by Vlade Divac, Once Brothers tells their gripping tale and how circumstances beyond their control tore their friendship apart.