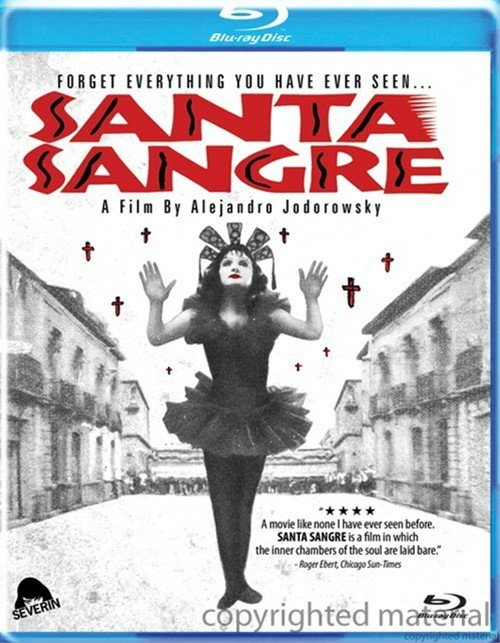 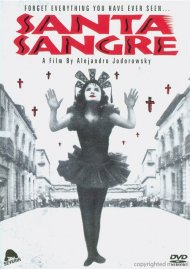 In the 1970s, his legendary films El Topo and The Holy Mountainredefined movies as both art and entertainment while changing the face of cinema forever. And in 1989, visionary writer/director Alejandro Jodorowsky returned with his modern masterpiece: It is the story of a young circus performer, the crime of passion that shatters his soul, and the macabre journey back to the world of his armless mother, deaf-mute lover, and murder. It is an odyssey of ecstasy and anguish, belief and blasphemy, beauty and madness. It is unlike any movie you have ever seen before; or ever will. Axel Jodorowsky, Blanca Guerra and Guy Stockwell star in this epic of surreal genius, now fully restored and featuring more than five hours of exclusive Extras that reveal the mind behind one of the most provocative and unforgettable motion picture experiences of our time.

Forget Everything You Have Ever Seen: The World of Santa Sangre - Feature-Length Making-of Documentary Featuring All-New Interviews with Cast and Crew:
-Back From The Wilderness
-A Return To Mexico City
-Circus World
-The Allure Of The Tattooed Woman
-Mother and Son
-The Music of Sangre
-Aftermath