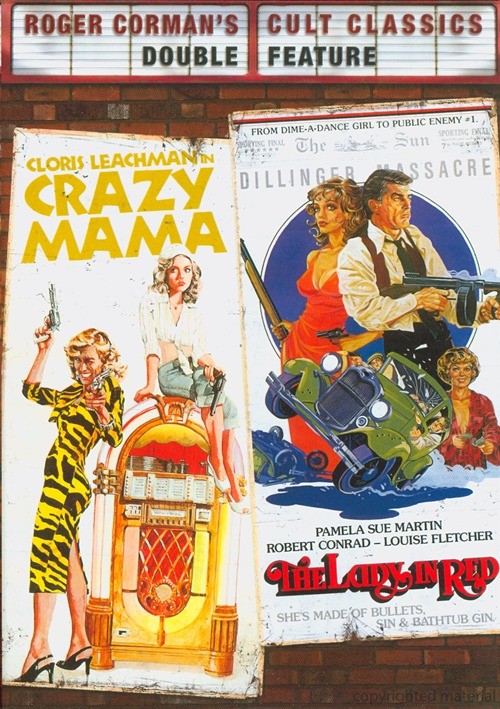 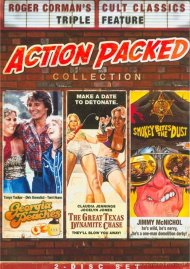 Â·Academy Award winner Cloris Leachman stars in Crazy Mama as Melba Stokes, a middle-aged woman who runs a California beauty parlor with her mother Sheba (Ann Sothern) and teenage daughter Cheryl (Linda Purl). When the shop is repossessed, the three ladies take a road trip from California to the family home in Arkansas that turns into a crime spree. Also starring Donny Most (Happy Days:), Jim Backus and Stuart Whitman. directed by Academy Award winner Jonathan Demme (The Silence Of The Lambs).

The Lady In Red

Pamela Sue Martin stars in Lewis Teague's The Lady In Red as the infamous Lady In Red Polly Franklin, whose red dress serves as an identifying beacon for the FBI's murder of public enemy #1, John Dillinger (Robert Conrad). From sweatshop to dime-a-dance hall, from prison to house of prostitution, Polly's journey brings her even closer to the gang-run crime world of the '30s - until that fateful day when she meets and falls in love with John Dillinger. Also starring Academy Award winner Louise Fletcher (One Flew Over The Cuckoo Nest) and Christopher Lloyd (Back To The Future).

Reviews for "Crazy Mama / The Lady In Red ("