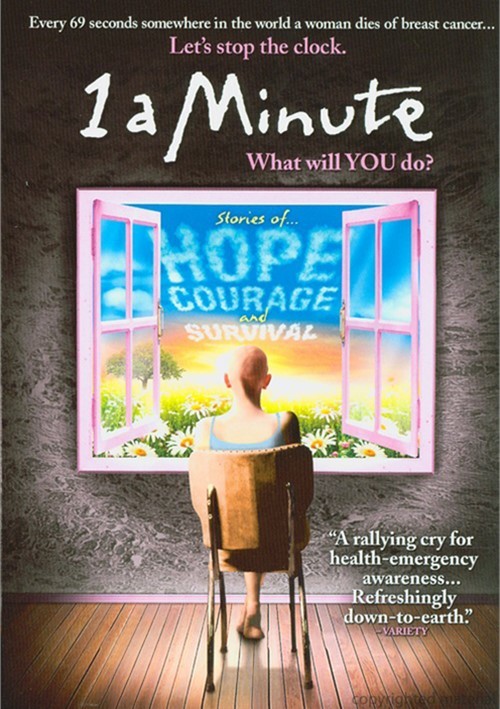 What will YOU do?

Narrated by Kelly McGillis (Top Gun), the global docudrama 1 A Minute is an unprecedented push in international celebrities to help raise funds for a cure, promote awareness and prevention, as well as support survivors of women's cancers, with a focus on breast cancer.

When actress Namrata Singh Gujral lost two aunts to breast cancer, the Indo-American filmmaker realized that she might be at high risk. Then in 2008, Gujral herself got the phone call that every women dreads: You have breast cancer! Furious with the toll that cancer takes around the world, and terrified for herself and her 9 year old daughter, Gujral decided to turn her harrowing journey into a positive outcome: she launched the film 1 A Minute as a global call to action while still undergoing chemotherapy.

The film follows a woman's journey through cancer, with a focus on breast cancer. At each stage of the woman's journey, the film interweaves personal stories from our stars - who are survivors themselves or those affected closely.

Reviews for "1 A Minute"