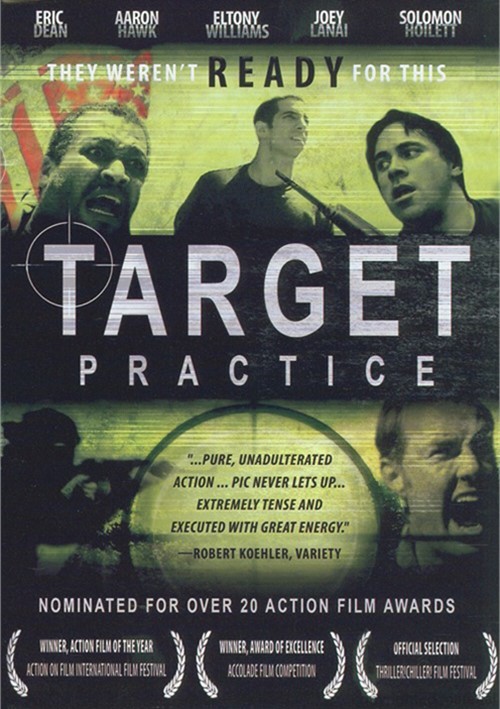 Target Practice is an intelligent but raw, visceral, extremely tense outdoor thriller with an emphasis on character as much as action. The story centers on 5 blue-collar friends on a weekend fishing trip - and the hell that's unleashed upon them when they almost run into a car that's been abandoned in the middle of an isolated mountain road.

Stopping to see if anyone needs their help, they inadvertently stumble into the middle of an undercover operation involving a CIA agent and a hidden training camp for homegrown terrorists (molded after real-life discoveries in both the U.S. and Canada). Suddenly, these 5 regular guys find themselves way out of their league, fighting a bloody battle against a cunning, well-trained brutal enemy that knows the rugged terrain like the back of its hand.