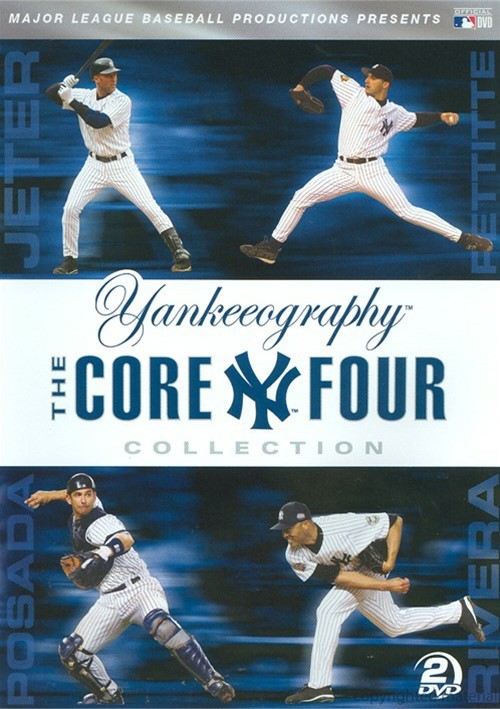 In a series of small roster moves during the 1995 season, the Yankees laid four cornerstones for the Club's success over the next two decades. Starting in April and concluding in September, the Bronx welcomed the Major League debuts of Andy Pettitte, Mariano Rivera, Derek Jeter, and Jorge Posada.

As teammates they've won double-digit division titles, many pennants, and a fistful of World Series rings. As individuals they continue to climb baseball's Mount Olympus.

Yankeeography: The Core Four Collection is a celebration of a quartet of Bronx Bombers for the ages - friends, champions, and baseball heroes to a generation of Yankees fans.