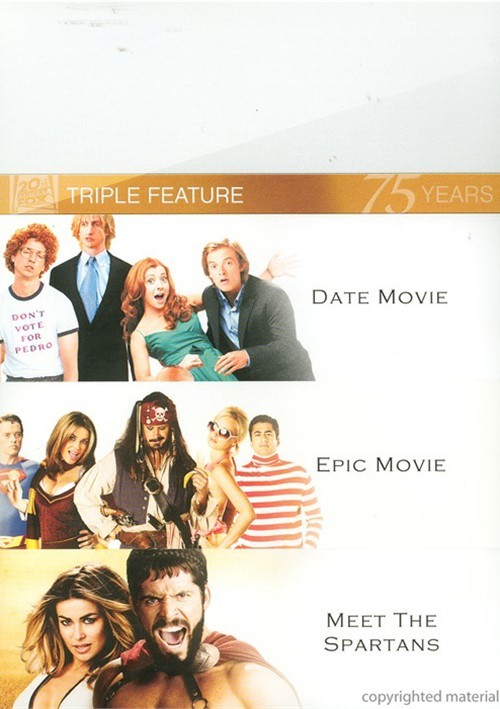 Bring home the unrated DVD that lets you go all the way on the first date - the ruder, cruder version of the no-holds-barred spoof comedy from two of the six twisted writer behind Scary Movie.

Your favorite characters from Hollywood's biggest blockbuster films are playfully parodied in this outrageous Unrated Edition of Epic Movie. It's packed with raunchy additional footage and hilarious outtakes that couldn't be shown in theaters!

Prepare to fight...back tears of laughter watching the ruder, cruder, Unrated "Pit of Death" Edition of Meet The Spartans. The hilarious battle begins when a group of warriors must defend their homeland against outrageous invaders from your favorite Hollywood films.