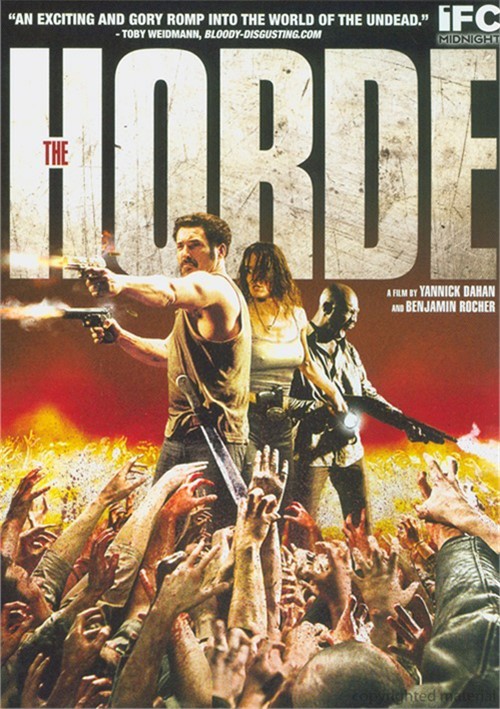 Fans of 28 Days Later and Dawn of the Dead haven't seen it all in zombie cinema until they've seen The Horde.

Paris is burning, chaos reigns, and the undead are everywhere. But the usual bad human behavior continues. After a policeman is brutally murdered by a criminal gang, four of his colleagues, including the dead man's former girlfriend, plot revenge. They ambush the gang's run-down high-rise base, but their attack goes wrong and they end up the captives of the sadistic creeps.

Yet just as the unlucky four about to be executed, a horde of cannibalistic creatures breaks into the building. The criminals and the cops quickly realize they must stand together against the flesh-eating monsters if any humans are to survive.

Reviews for "Horde, The"