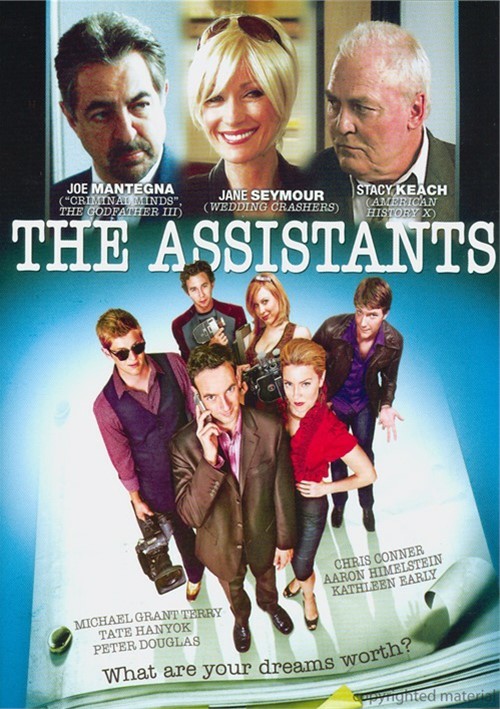 For the aspiring and ambitious assistants, it's a simple plan to use their power to turn the heat up, while carefully maneuvering themselves into positions to get jobs on the project knows as Journey's End. Ben, the affable assistant to trophy wife Sandy Goldman (Jane Seymour), has 72 hours to write the entire screenplay and convince his boss to finance the picture, while the rest of the group struggles to attach a star and bring a major agent on board, before the whole project spirals out of control.

A dealmaker looking for respect, a trophy wife desperate not to be forgotten and a famous screenwriter who has disappeared without a trace... all intertwined in a dilemma that only The Assistants can resolve!

Reviews for "Assistants, The"