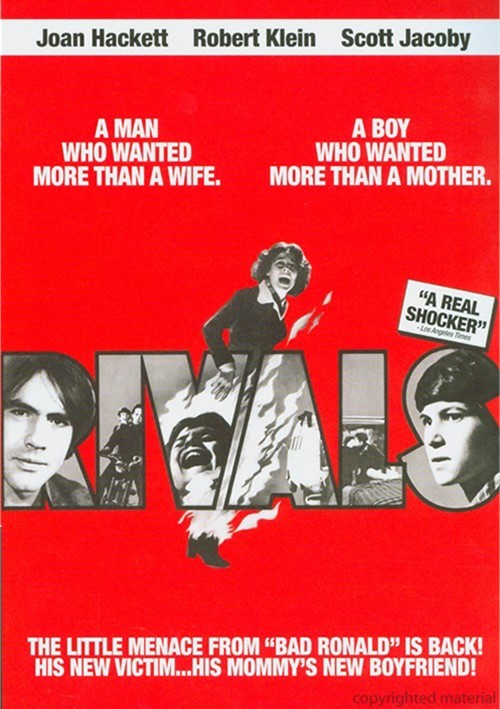 The little menace from "Bad Ronald" is back! His new victim . . . his mommy's new boyfriend!

Bad Ronald star Scott Jacoby is back! In this twisted tale, Academy Award nominee Joan Hackett (Only When I Laugh, The Group, Last Of Sheila) and Scott Jacoby (Little Girl Who Lives Down The Lane) are mother and son, who have created a world unto themselves. They share each others' thoughts, and the 10 year-old-boy has taken the role of "the man of the house." Into their lives comes the eccentric younger man Robert Klein (Owl And The Pussy Cat, Nobody's Perfekt). He and the mother start dating, despite their difference in age, and then they marry, much to the horror of the boy. Once they return from their honeymoon, the boy requires so much attention that the new father deserts the family! However, he comes back and reconciles, so the boy then devises a plan to get his mother back, and to get rid of the new father . . . permanently! James Karen (Return of the Living Dead) co-stars in this haunting tale of a mother-child relationship gone bad!