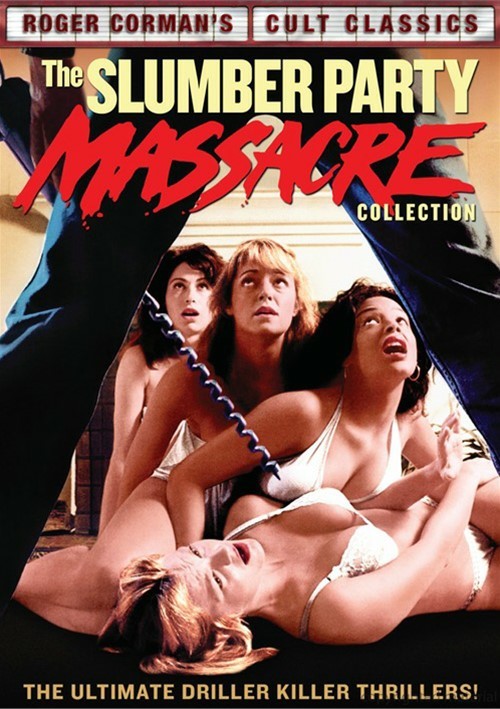 When Trish (Michelle Michaels) decides to invite her high school girls' basketball teammates over for a slumber party, she has no idea the night will be ruined by an escaped mental patient with a portable drill in the cult classic The Slumber Party Massacre.

The only sane survivor of the first incident, Courtney (Crystal Bernard), dreams of the driller killer returning in the first sequel, Slumber Party Massacre II. She can't help shake the feeling that she and her friends will be viciously tormented by the killer. Her nightmare becomes reality when the killer returns, reincarnated as an evil rocker with a deadly guitar.

After a relaxing day at the beach, a group of teens decide to have a slumber party. Their boyfriends predictably show up to scare them, but there is something much scarier lurking in the shadows as the group starts getting attacked by an unknown killer in the second, and last, installment, Slumber Party Massacre III.