In Danger And Deep Distress, The Middleway Spells Certain Death 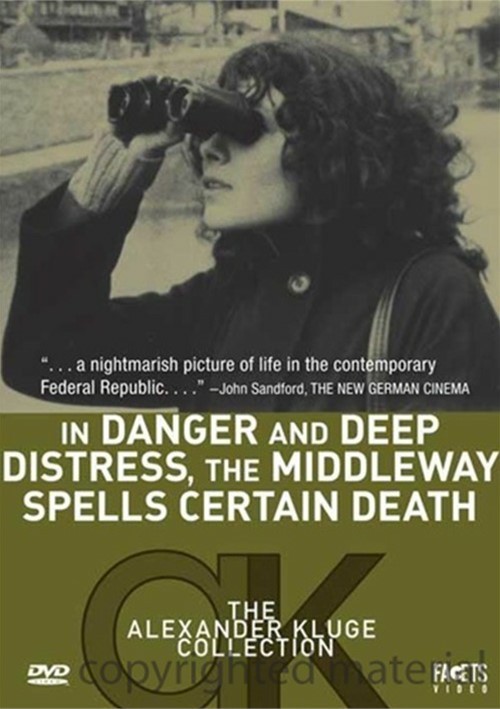 In Danger And Deep Distress, The Middleway Spells Certain Death

Alexander Kluge never ceased to provoke viewers by playing with film form and content. In Danger And Deep Distress combines documentary and fiction to paint a "nightmarish picture of life in the contemporary Federal Republic" (John Sandford The New German Cinema). In 1974, Kluge and fellow filmmaker Edgar Reitz (Heimat) roamed Frankfurt for 10 days with a small crew, capturing everything from political demonstrations to carnival fun and even debate within the congress for the SPD Party. Kluge interweaves this footage with narrative threads about two seemingly different women: One seduces men, sl--ps with them, then robs them blind; the other is a spy from the Eastern Bloc. Winner of the German Film Awards for editing and musical dramaturgy. Also known as IN Gefahr und grosster Not bringt der Mittlewg den Tod and In Danger & Dire Distress The Middle Of The Road Leads To Death.

Reviews for "In Danger And Deep Distress, T"