Walk Hard: The Dewey Cox Story / You Don't Mess With The Zohan (2-Pack) 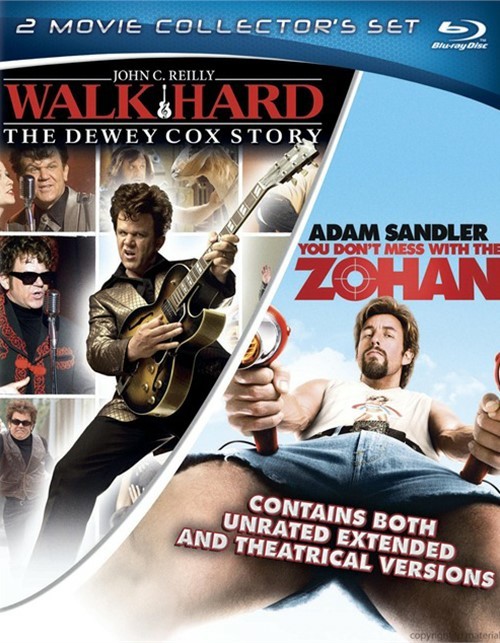 Walk Hard: The Dewey Cox Story / You Don't Mess With The Zohan (2-Pack)

One of the most iconic figures in rock history, Dewey Cox (John C. Reilly) had it all: the women (over 411 served), the friends (Elvis, The Beatles) and the rock 'n' roll lifestyle (a close and personal relationship with every pill and powder known to man). But most of all, he had the music that transformed a dimwitted country boy into the greatest American rock star who never lived. A wild and wicked send-up of every musical biopic ever made, Walk Hard: The Dewey Cox Story is gut-busting proof that when it comes to hard rocking, living and laughing, a hard man is good to find.

You Don't Mess With The Zohan

Comedy superstar Adam Sandler is back - and funnier than ever - as The Zohan, the finest counterterrorist agent the Israeli army has. That is, until he fakes his death and travels to Manhattan to live his dream...as a hairdresser. Now this skilled fighting machine who used to clip bad guys is out to prove he can make the cut as a top stylist. All goes silky smooth until his cover is blown when he's recognized by a Palestinian cab driver (Rob Schneider). Now, The Zohan must fight to live a peaceful new life in New York in this razor-sharp action-packed comedy from Adam Sandler, Robert Smigel, Judd Apatow and Dennis Dugan.

You Don't Mess With The Zohan