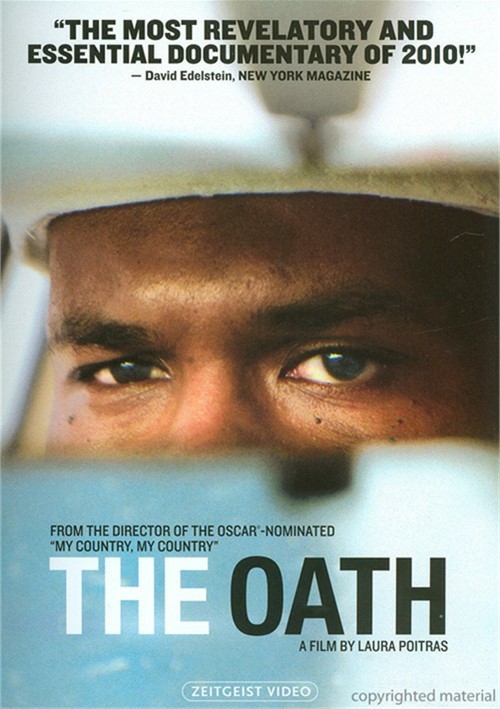 From the director of the Oscar-nominated My Country, My Country, The Oath is a spectacularly gripping documentary that unfolds like a great political thriller. It's the crosscut tale of two men whose fateful meeting propelled them on divergent courses with Al-Qaeda, Osama bin Laden, 9/11, Guantanamo and

Abu Jandal is a taxi driver in Sana'a, Yemen; his brother-in-law Salim Hamdan is a Guantanamo prisoner and the first man to face the controversial military tribunals. Jandal and Hamdan's intertwined personal trajectories - how they became bin laden's bodyguard and driver respectively - act as prisms that serve to explore a world that has confounded Western media. As Hamdan's trial progresses, his military lawyers challenge fundamental flaws in the court system; the charismatic Jandal dialogues with his young son, Muslim students and journalists, and chillingly unveils the complex evolution of his belief system post 9/11. Winner of Best Documentary Cinematography at the 2010 Sundance Film Festival, The Oath Offer a rare window into a hidden realm - and into the international impact of the U.S. War on Terror.

Reviews for "Oath, The"