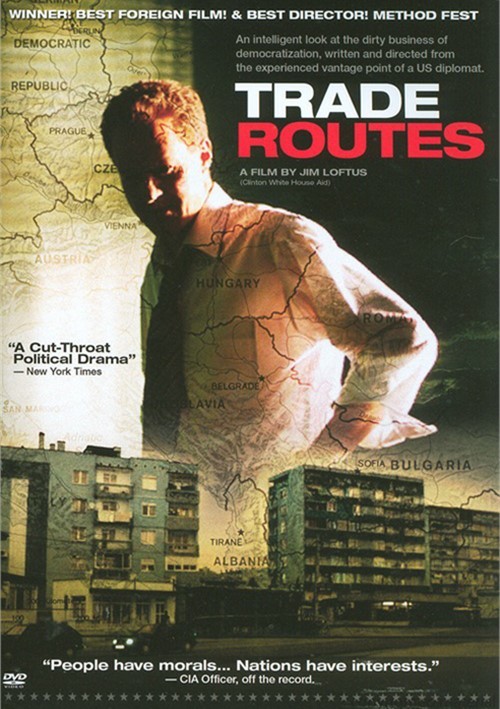 With inner-twining stories detailing the unscrupulous rules that govern espionage after the Cold War, Trade Routes is a brazen look at current international politics and American foreign policy. Set against an Eastern European nation's election, in a country that a few short years ago was the most notorious communist dictatorship, the film charts the paths of five characters; An aging CIA officer relegated to an outpost due to his scandalous connections to rendition and ; A young attractive economic advisor who seeks out the toughest assignments to proof her worth, as an economic advisor at the US Bulgarian embassy; The ambition Bulgarian Prime Minister's chief of staff - facing a tough re-election; An American political consultant "hired to fix" the prime minister's election; and a retired member of the Bulgarian Communist State Police...these five character destinies intertwine in the weeks leading up to the elections in a fledgling democracy, exposing the human costs of political power-brokering, through the secret exchanges between nations.