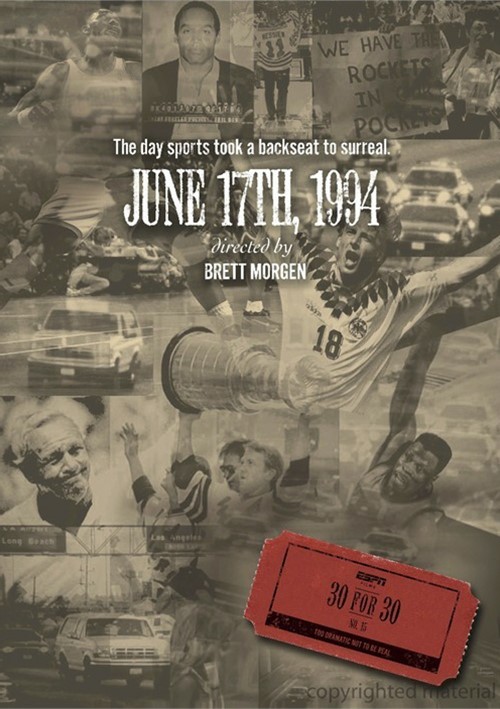 Do you remember where you were on June 17, 1994? Thanks to a wide array of unrelated, coast-to-coast occurrences, this Friday has come to be known for its firsts, lasts, triumphs and tragedy. Arnold Palmer played his last round at a U.S. Open, in Oakmont, Pa., the FIFA World Cup kicked off in Chicago, the Rangers celebrated on Broadway, Patrick Ewing desperately pursued a long evasive championship in the Garden and Donald Fehr stared down the baseball owners. And yet, all of that was a prelude to O.J. Simpson leading America on a slow speed chase in a white Ford Bronco around Los Angeles. Oscar-nominated and Peabody Award-winning director Brett Morgen artistically weaves these moments and others to create a unique and reflective look at a day that no sports fan could forget.