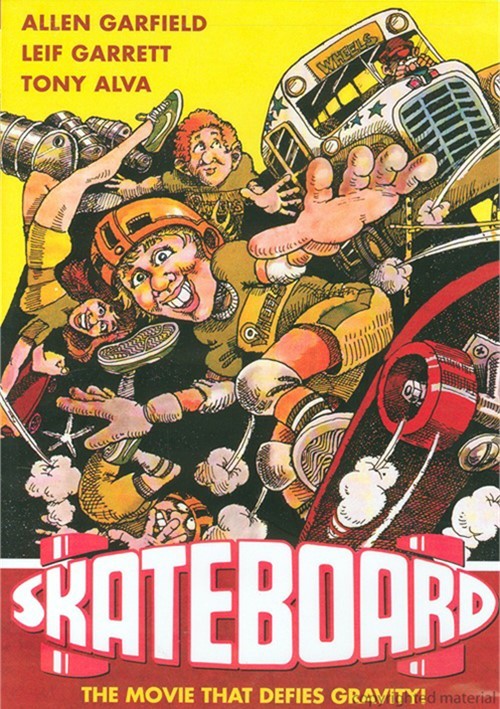 This cult classic 1978 skateboarding film is the story of down-on-his-luck Hollywood agent Manny (Allen Garfield, Mother, Jugs & Speed, The Conversation) who finds himself in deep trouble with a powerful bookie. Manny has to quickly come up with the large amount of cash he owes the bookie or face certain death! To make a fast buck, Manny creates a team of exceptionally talented, but rag-tag skateboarding kids (including 70's teen idol Leif Garrett, and original Z-boy and world's first skateboarding champion Tony Alva) in the hopes that it can help pay off his debt. Along with the team's nurse (Kathleen Lloyd, The Car, The Missouri Breaks), Manny starts a traveling skateboard show, and his skateboarding team does so well that they are soon eligible to compete in a big downhill race competition. If they win, they will get 20000 in cash. But there's an evil manipulator who is trying to persuade Manny and the team to deliberately lose. Will Manny be able to do the right thing and let his team truly compete? And if so, can his team actually win it? It's a super high-speed comedy on skateboard wheels. Hang on for the ride of your life.