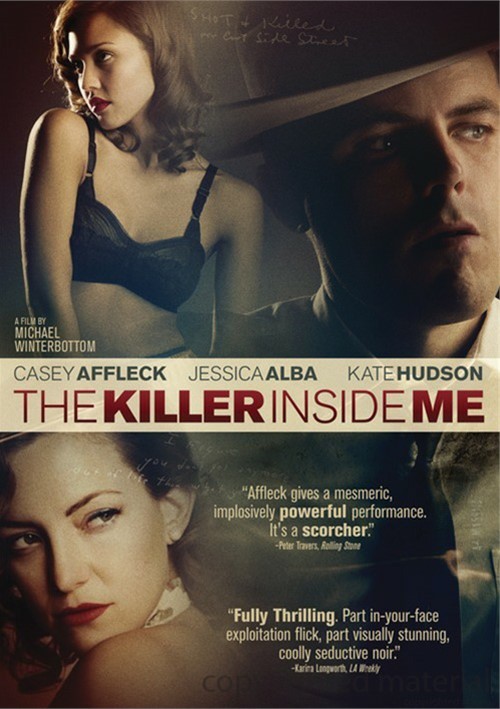 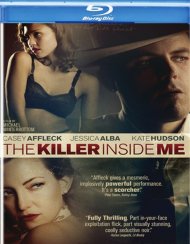 Oscar nominated actor Casey Affleck (Gone Baby Gone) gives his most chilling performance yet in the controversial crime drama The Killer Inside Me. Co-starring Jessica Alba (Good Luck Chuck), Oscar nominee Kate Hudson (Almost Famous), Emmy nominee Simon Baker (TV's The Mentalist) and Bill Pullman (Independence Day), this modern-day film noir shows a small town sheriff up to his neck in murders: his own. When Affleck's sheriff is asked to railroad a talkative prostitute out of town before she makes trouble, he realizes it's easier to just get rid of her for good. Unfortunately, covering up that murder means eliminating more and more people as his problems and complications spiral out of control. Even worse, he's starting to enjoy committing the crimes a lot more than he ever enjoyed dishing out the punishment. Based on the pulp fiction classic by Jim Thompson (The Grifters), The Killer Inside Me is "an assured, stylish film" [Guardian UK] that reveals the danger when a lawman's badge is hiding a cold, cold heart.