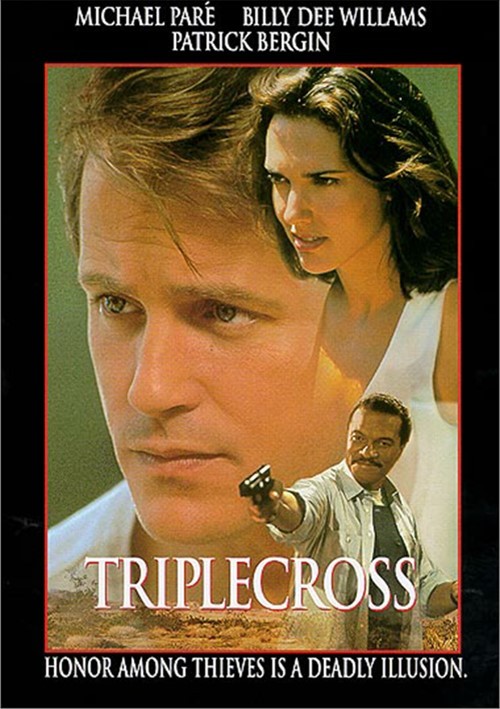 Honor Among Thieves Is A Deadly Illusion.

A fiery triangle turns icy when three desperate players collide with a fortune in diamonds - and a deadly deluge of hidden agendas - in this sleek, sensual thriller. FBI agent Oscar Pierce (Billy Dee Williams, Batman), wants to retire - and retire the untouchable jewel thief JR Danker (Patrick Bergin, Sl--ping With The Enemy), along with him. He's even willing to spring JR's former cellmate Teddy Cooper (Michael Pare, Eddie And The Cruisers), out of prison in a carefully orchestrated scheme to doublecross him. But there's more on Cooper's mind than a phony jewel heist he and Oscar have set-up to snare JR - particularly when he falls for the lethal charms of JR's sexy girlfriend Julia (Ashley Laurence, Hellraiser). Now, caught in a spiral of power and passion, four dangerous players will stop at nothing to fulfill their personal agendas in a volatile, high stakes game of Triplecross.