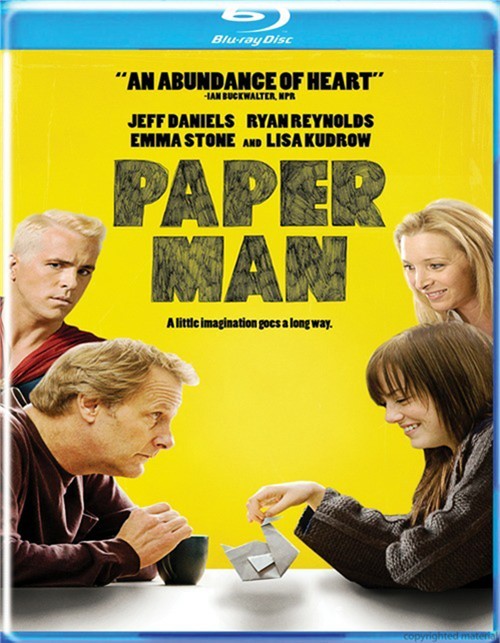 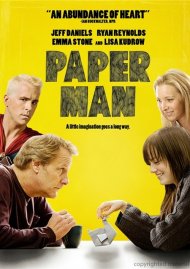 In the tradition of Lost In Translation and The Squid and the Whale, Paper Man is a wonderfully quirky drama about people trying desperately to find the same joy in real life as they do in their imagination. Golden GlobeÂ® and TonyÂ® nominee Jeff Daniels stars as Richard Dunn, a no-hit wonder of a novelist squirreled away in Long Island by his sensible, surgeon wife (EmmyÂ® winner Lisa Kudrow) to get cracking on his next novel. Richard isn't totally alone: along for the ride is a local teen (Emma Stone in a breakout performance) who befriends Richard after he hires her to be a babysitter...his babysitter. Plus, there's Richard's imaginary best friend from childhood, Captain Excellent (Ryan Reynolds), a confidante always ready to prod him along towards adulthood, whether Richard wants it or not. Aching, funny, and true, Paper Man is a genuinely offbeat gem that marks the promising debut of writing and directing team Kieran and Michele Mulroney.