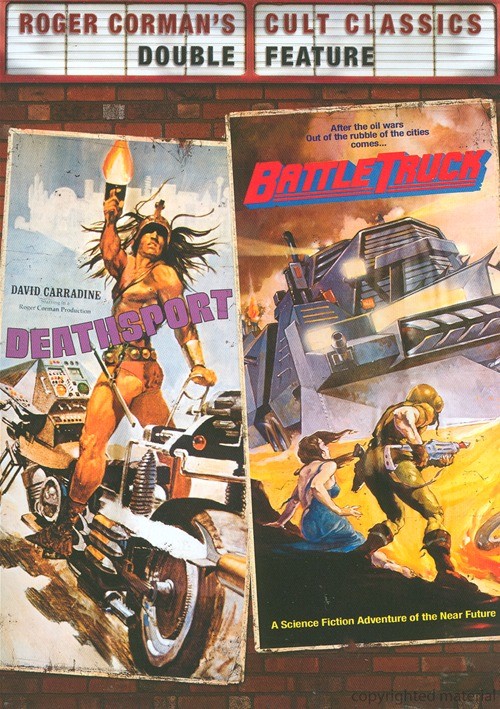 One thousand years into the future, following the Great Neutron Wars, the world is divided into desert wastes and isolated city-states. Lord Zirpola captures the notorious "Desert Ranger" Kaz must faces his past and fight to the death in his game, Death Sport. Now Kaz must face his past and fight to save himself and his city from the war that Lord Zirpola is about to wage. Costarring with Carradine is beautiful B-movie starlet Claudia Jennings (Great Texas Dynamite Chase, Gator Bait), Jesse Vint (Forbidden World, Macon County Line) and Richard Lynch (The Sword And The Sorcerer, Bad Dreams).

After the oil wars, gasoline has become a precious commodity. On his marauding search to commandeer all of the oil in existence to feed his massive, heavily armored commune. A mysterious man on a motorcycle (Michael Beck, The Warriors) comes to the aid of these peaceful people to help protect them and take down Straker, with the help of his runaway daughter. Also released under the alternate title Warlords Of The Twenty-First Century, Battle Truck costars Bruno Lawrence (The Quiet Earth), Annie McEnroe (Beetle Juice) and John Ratzenberger (Cheers).