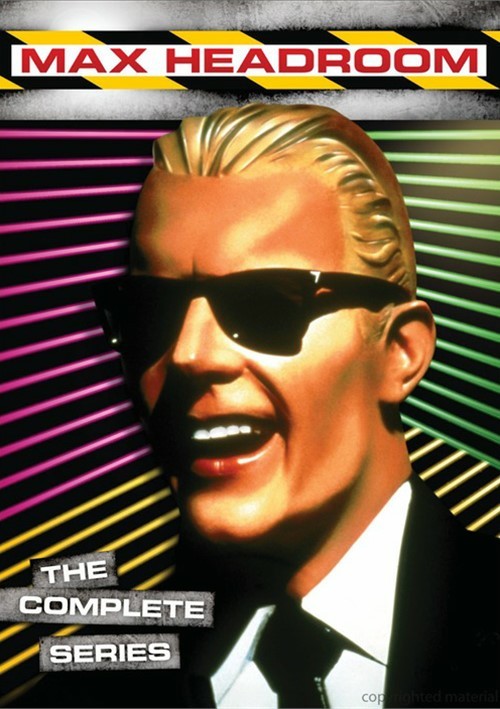 Television networks battle one another in an unrelenting ratings war. Whoever controls the airwaves controls the dystopic world in which they broadcast. So when Network 23s star reporter, Edison Carter, uncovers a deadly secret that could shake up the dominion the station has over its viewers, the only option is to eliminate Carter before he can make his story public. After Carter's "accident," his mind is uploaded to create the world's first self-aware, computer-generated TV host: Max Headroom! But will Max bow to his creators? Or will he be the key to his human alter ago bringing down a network superpower?

With his own international talk show, music videos, countless endorsements and merchandising, the puckish Max Headroom became more than just a character on television. He was a decade-defining icon, never better represented than in this sardonically witty, adventurous look at society and the place of media within it. Now all 14 uncut episodes - starring Matt Frewer (Watchmen), Amanda Pays (The Flash), Jeffrey Tambor (Arrested Development) and Morgan Sheppard (Star Trek) - are finally available together in one long-awaited DVD collection!

Live On Network 23: The Story Of Max Headroom - The Creative Team Share Their Stories
Looking Back At The Future - An Intimate Roundtable Discussion With Members Of The Cast
The Big-Time Banks - Morgan Sheppard And Concetta Tomei Reflect On Max Headroom