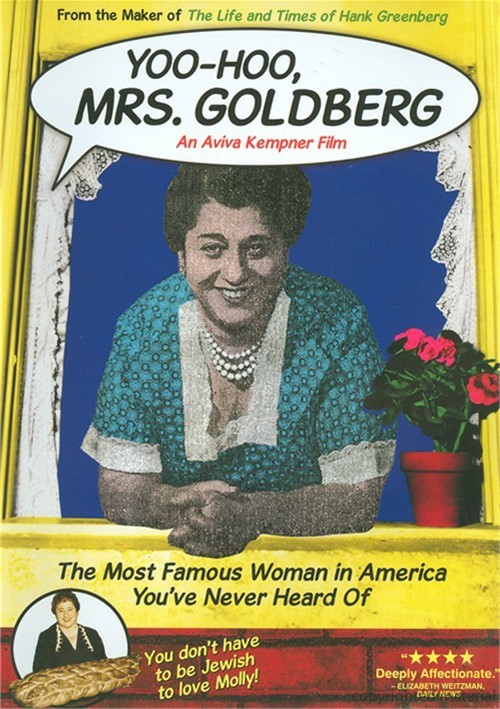 Before Oprah, and before Lucy, there was the beloved Gertrude Berg, the entertainment genius who wrote, starred in and produced the first successful American sitcom and charmed a beleaguered nation.

Animated through a dazzling collage of vintage clips and interviews, behind-the-scenes footage and intimate conversations with friends, colleagues and family members, the box-office smash-hit Yoo-Hoo, Mrs. Goldberg traces Berg's rise to stardom from her childhood in New York to her early radio days in "The Rise of the Goldbergs" (1929-46) to her enormously influential sitcom, The Goldbergs (1949-56), which brought Berg the first Best Actress EmmyÂ® in history. Berg's passion and incredible productivity paved the way for a wide variety of causes - women in entertainment, Jewish-American identity and actors' rights, to name a few - but she is most celebrated for singlehandedly proving that the American family transcends social, religious and economic divisions.

Audio Commentary With The Director
Episodes Of The Goldbergs
Gertrude Berg's Guest Appearances With Edward R. Murrow And On Ed Sullivan
Additional Scenes And Interviews
Bonus Gertrude Berg Recipe
Essay From The Director And More!