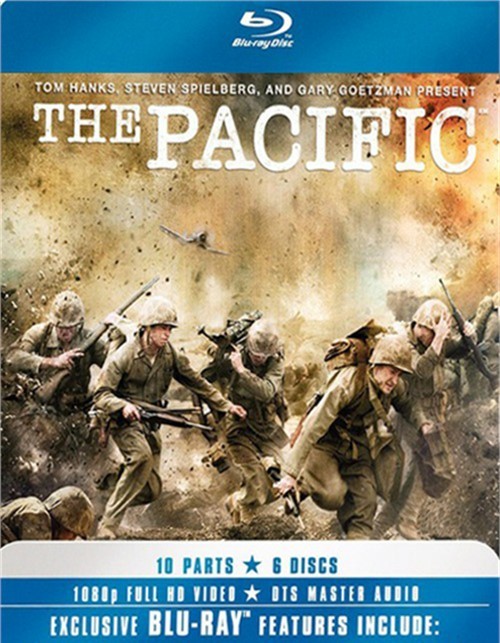 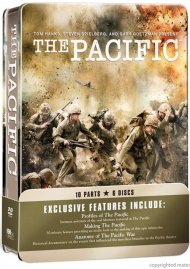 From executive producers Tom Hanks, Steven Spielberg, and Gary Goetzman, The Pacific tracks the real-life journeys of three U.S. Marines - Robert Leckie (James Badge Dale), Eugene Sledge (Joe Mazzello), and John Basilone (Jon Seda) - across the vast canvas of the Pacific theater during World War II. The miniseries follows these men and their Marines from their first battle with the Japanese on Guadalcanal, through the rain forests of Cape Gloucester and the strongholds of Peleliu, across the bloody sands of Iwo Jima, through the horror of Okinawa, and finally to their triumphant but uneasy return home after V-J Day.