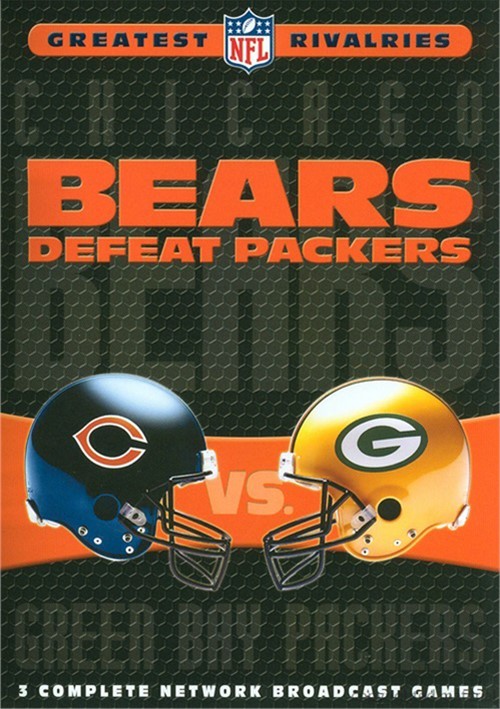 Immerse yourself in one of the oldest feuds in NFL history as the original network broadcasts of three classic Bears-Packers match-ups are yours to own in this exciting three-DVD set.

On September 10, 2006, the Monsters of the Midway humiliated Brett Favre, handling him his first career shutout with the packers. The Bears' 26-0 opening-day victory at Lambeau was one of the greatest season-openers in franchise history.

From the coldest game ever recorded in Bears history, to the first game after the tragic passing of Walter Payton, join us as we capture these classic Bears victories over their heated rivals. NFL's Greatest Rivalries - Bears vs. Packers is a must-have for all football fans in the Windy City.