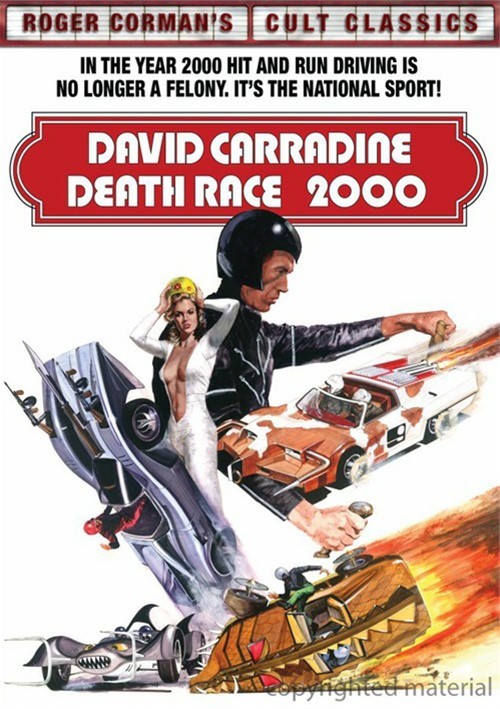 Welcome to the year 2000, a place plagued by a lack of morals and political unrest. The only thing society looks forward to is the three-day Transcontinental Death Race, a high-speed competition that is won by the driver who collects the most points by killing spectators and pedestrians. But this year the driver have something to worry about other than getting killed by rival contestants - there is a group of anti-race activists trying to stop the race for good. The game's all-time champion, Frankenstein (David Carradine), takes on such colorful characters as "Machine Gun" Joe Viterbo (Sylvester Stallone), Calamity Jane (Mary Woronov), Nero The Hero (Martin Kove) and Matilda The Hun (Roberta Collins) in this dark comedy-science fiction classic directed by Paul Bartel (Eating Raoul).