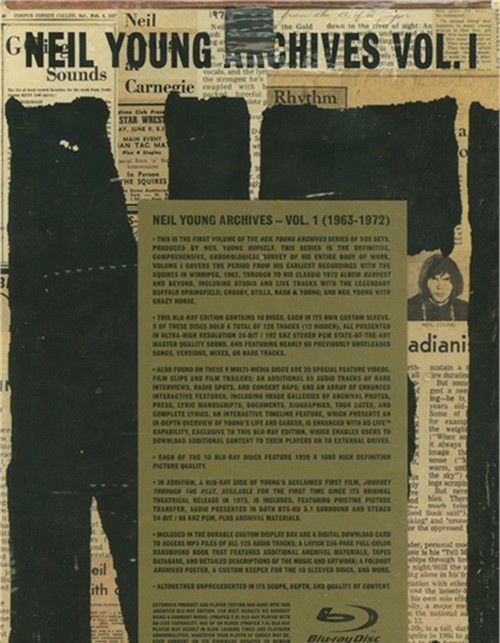 This is the first volume of the Neil Young Archives series of box sets, produced by Neil Young himself. This series is the definitive, comprehensive, chronological survey of his entire body of work. Volume I covers the period from his earliest recordings with the Squires in Winnipeg, 1963, through to his classic 1972 album, Harvest and beyond, including studio and live tracks with the legendary Buffalo Springfield, Crosby, Stills, Nash & Young, and Neil Young with Crazy Horse.

Also found on these 9 multimedia discs are 20 special feature videos, film clips, and film trailers, an additional 55 audio tracks of rare interviews, radio spots, and concert raps, and an array of interactive features, including image galleries of archival photos, press, lyric manuscripts, documents, biographies, tour dates, and complete lyrics, as well as an interactive timeline feature which presents an in-depth overview of Young's life and career.

Journey Through The Past
Digital Download Card
236 Page Hardbound Book
Poster
And More!