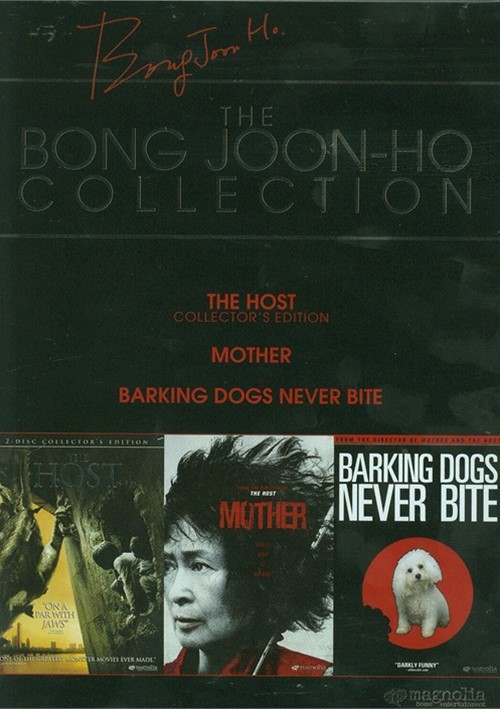 A creature plunges from a bridge into the Han River emerging on its shores for a feeding frenzy upon onlookers. When a young girl is snatched in the melee, her family sets off to recover her from the monster that the government claims to be a host of an unidentified virus.

An unemployed grad student with an expectant wife is driven to distraction by a yapping dog located somewhere in his large apartment complex. Determined to relieve his annoyance, he sets off to take extreme action against his tormentor; an action that will come to haunt him.

Reviews for "Bong Joon-Ho Collection, The"