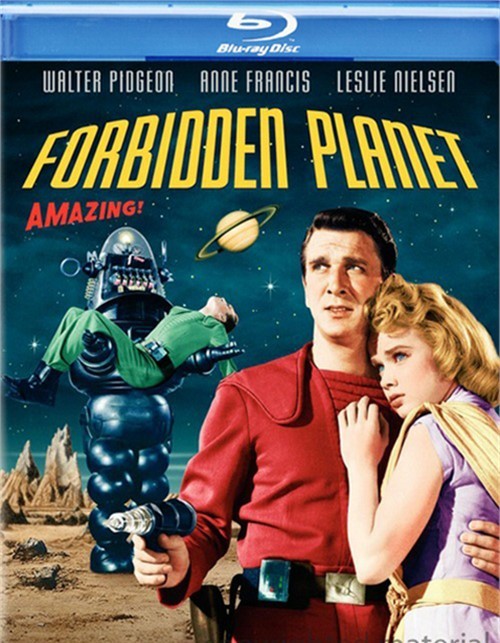 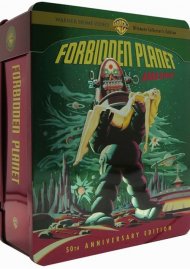 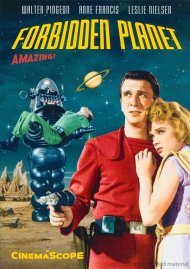 A dutiful robot named Robby speaks 188 languages. An underground lair offers evidence of an advanced civilization. But among Altair-4's many wonders, none is greater or more deadly than the human mind. Forbidden Planet is the granddaddy of tomorrow, a pioneering work whose ideas and style would be reverse-engineered into many cinematic space voyages to come. Leslie Nielsen plays the commander who brings his spacecruiser crew to the green-skied world that's home to Dr. Morbius (Walter Pidgeon), his daughter (Anne Francis)...and to a mysterious terror. Featuring sets of extraordinary scale and the first all-electronic musical soundscape in film history, Forbidden Planet is in a movie orbit all its own.