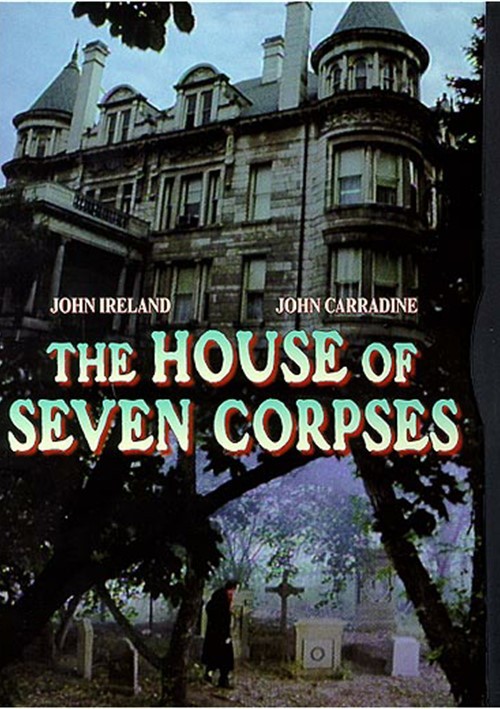 When a motion picture crew decides to use the supposedly cursed Beal Mansion as the location for their latest horror film, little do they realize that they are tampering with the supernatural. According the legend, seven Beal descendants met violent, but "accidental" ends in the ancient house, and the latest Beal victim had been dabbling in the occult before her untimely demise.

After headstrong director Eric Hartman (John Ireland, Red River and Spartacus) demands that his leading lady, Gayle, (Faith Domergue, It Came From Beneath The Sea and This Island Earth) recite actual passages from the Tibetan Book of the Dead during the filming, he unleashes long dead spirits that begin to re-enact the historical Beal murders and exact their own bloody revenge on the trespassers.

What secret does caretaker Edgar Price (John Carradine, Stagecoach and House Of Frankenstein) hold to the Beal family curse? And what do the empty picture frame and unmarked grave have to do with the mystery - could there be a remaining member of the Beal family lurking about, with murder on his mind?

Review "House Of Seven Corpses, The"

Reviews for "House Of Seven Corpses, The"