Art Of The Steal, The 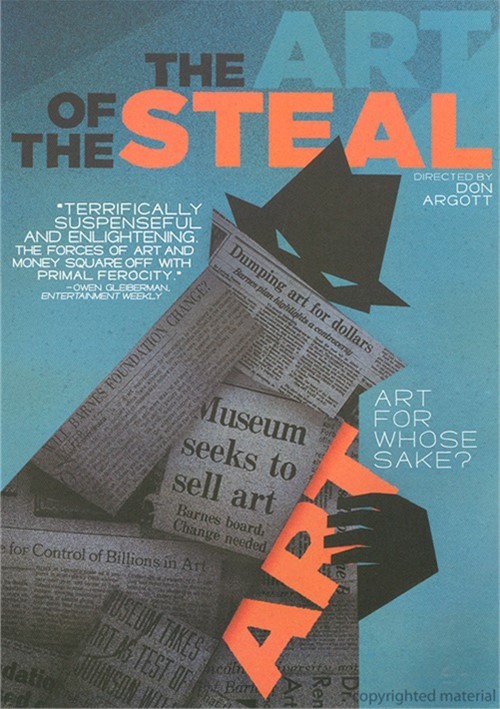 Art Of The Steal, The

It's been called the greatest theft of art since the Second World War. Founded in 1922 by wealthy American drug developer and art collector Albert C. Barnes, the Barnes Foundation became the finest collection of paintings by Renoir, Cezanne, Matisse, Van Gogh and other masters. Housed in Lower Merion, Pennsylvania, the Barnes Foundation was envisioned by Barnes as an art school, not a public museum, but ever since Barnes' death in 1951, the fight over its future has been underway. On one side are the artists, historians and lawyers defending Barnes' wish that the entire collection (valued at over $25 billion) never be moved, loaned or sold; and on the other side, the politicians, huge charitable trusts, tourism boards and rich socialites pushing to relocate it to downtown Philadelphia. The Art Of The Steal is a real-life David vs. Goliath story, a tale of suspense in which hangs the fate of some of the most sublime works of art ever created.

Review "Art Of The Steal, The"

Reviews for "Art Of The Steal, The"