Hour Of The Star 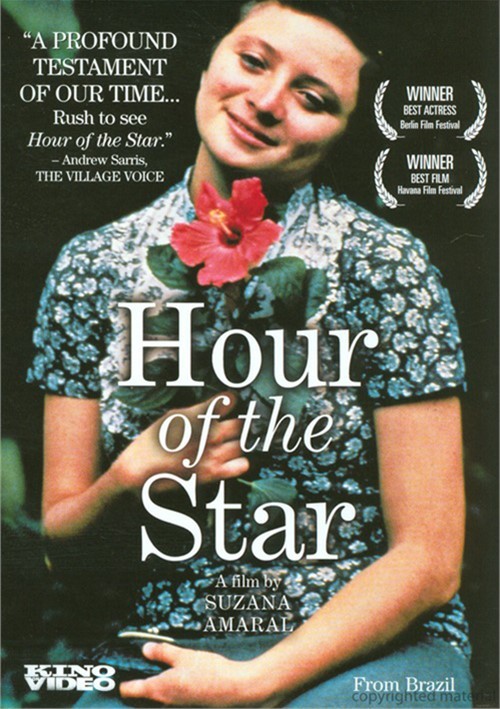 Hour Of The Star

Filled with "moments of uncanny humor and painful intuition" (Pauline Kael, The New Yorker), Hour of the Star (1985) is, much like Lars Von Trier's Dancer in the Dark, a rare combination of neorealist and lyrical fantasy. Also centered on a naive immigrant woman, this striking adaptation of the canonical novel by Clarice Lispector tracks the tragicomic ordeals of Macabea (Marcelia Cartaxo) during her first days in the megalopolis of Sao Paula - after emigrating from the impoverished north of brazil.

"Played with extraordinary unselfconsciousness by Marceila Cartaxo," (Janet Maslin, The New York Times), Macabea is the poster girl of social naÃ¯vetÃ©; she works inefficiently and, by common standards, is unattractive and unqualified. Interning as a typist next to the savvy city-girl Gloria (Tamara Taxman), Macabea naively fantasizes about marriage with the uncaring Olimpico (Jose Dumont), a steel worker and fellow immigrant, while struggling to learn the social norms that could secure her dream life.

Macabea's fate turn even darker when her co-worker Gloria hires the fortune teller Madame Carlota (Academy Award nominee Fernanda Montenegro). After listening to the Gods, Gloria discover that she must steal a friend's boyfriend and pass her bad karma to another woman.

Review "Hour Of The Star"

Reviews for "Hour Of The Star"