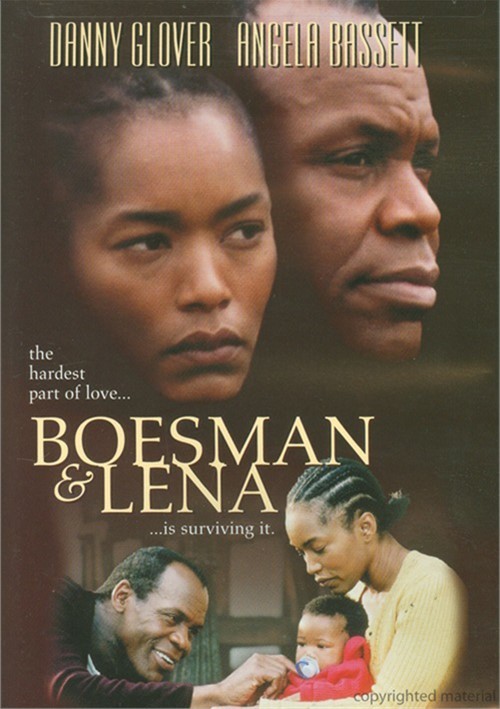 Greeted with widespread acclaim for its two stunning lead performances by Danny Glover (The Color Purple, Lethal Weapon) and Angela Bassett (What's Love Got to Do With It, Waiting to Exhale), Boesman & Lena is an extraordinary and truly cinematic adaption of Athol Fugard's now classic play about the devastating effects of racism on the human spirit.

Essentially a love story, Boesman & Lenaexamines the progress of a couple's life together under Apartheid, as they are pushed from the bucolic Eden of South African farmlands into the slums of Cape Town. Through radiant flashbacks, beautifully filmed by director John Berry (He Ran All the Way, Claudine), we see the life that once was for these two, which included courtship, marriage and the birth of a child. Glover and Bassett vividly bring to life Boesman & Lena's downward spiral, which eventually f-rces them to a makeshift shelter on the mudflats near Cape Town. When the couple encounters an old Xhosa tribesman, he is abused by Boesman in the same way that Boesman himself had been abused by his white masters.

Boesman & Lena dramatizes the loss of dignity and footlessness brought on by Apartheid; in the free South Africa in which this magnificent film was shot, the problem is still not eradicated. Ultimately Boesman & Lena is a testament to human resilience and the will to survive.