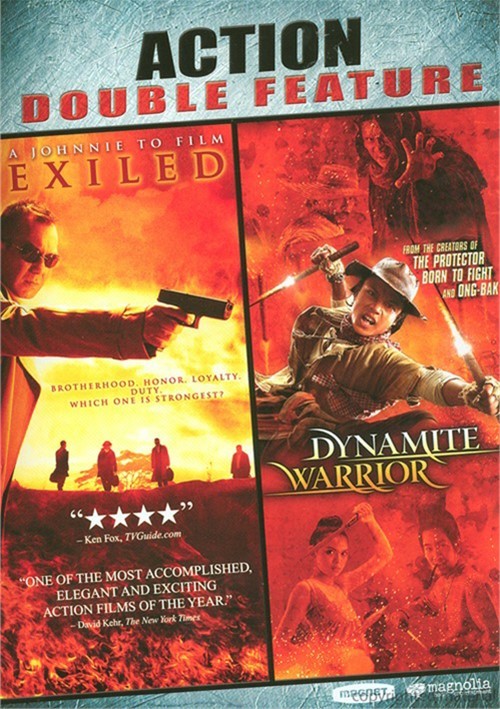 Four men gather outside an apartment complex, each waiting for the same man to arrive. Two are sent to take this man out; two are there to save him. The target suggests a last job to set his wife and child up before his execution. The group agrees and set off to pull the biggest heist of their lives.

The Dynamite Warrior, Zieng, is a young man fueled by grief and bent on revenge after witnessing his parents' murder by a callous and malicious killer. The only information Zieng has as to the killer's identity is that he is a tattoo-covered man who is a part of an organized group of cattle rustlers. Zieng makes it his mission to stop the cattle rustlers and get his revenge!