You Got Served / Take It to The Streets (Double Feature) 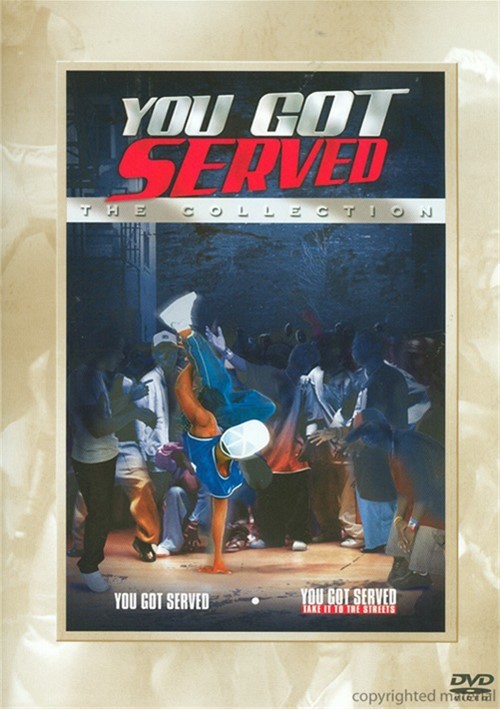 You Got Served / Take It to The Streets (Double Feature)

David and Elgin run the most respected crew in town. Every week they dance their way to victory at the local hip-hop competitions, winning respect and cold hard cash. Until one night, when they get served by a crew of rich kids from Orange County, and all their dreams go up in smoke. Sides are taken, deals are made, and trust is broken. With a divided crew and divided loyalties, they'll have to work harder than ever if they want to make it back on the top. Now, the pride that tore them apart may be the only thing that can bring them back together.

You Got Served: Take it to the Streets

Hip-hip superstars Marques Houston and Omari Granberry make a special appearance to check out choreographer Dave Scott, along with Christopher Jones, Robert James Hoffman III and a team of athletes, who break it down and show you how to drop it like it's hot - just like they do it in the streets!

Review "You Got Served / Take It to Th"

Reviews for "You Got Served / Take It to Th"