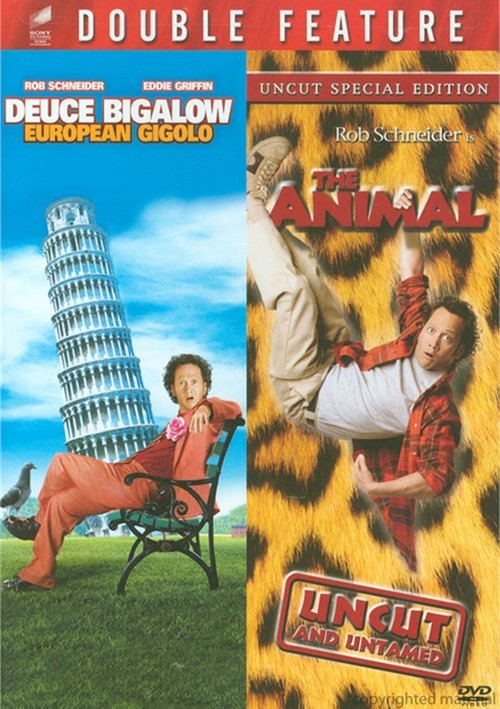 Comedy superstar Rob Schneider returns as everyone's favorite male gigolo, Deuce Bigalow. This time Deuce heads to Amsterdam to help get his former pimp (Eddie Griffin) out of a jam. It's a hilarious laugh-orgy that will have you screaming with delight from start to finish!

Comic genius Rob Schneider (Deuce Bigalow: Male Gigolo, Big Daddy), TV's "Survivor's" Colleen Haskell, John C. McGinley (Any Given Sunday, The Rock) and Edward Asner (The Bachelor, JFK) star in one of the funniest and wildest uncut comedies ever! When evidence clerk Marvin Mange (Schneider) answers a 911 burglary call, his dream of becoming a cop seems to be coming true. But a car accident en route to the crime leaves Marvin and his dream shattered. When Marvin awakes later, he finds that a deranged scientist secretly used animal organs to rebuild his broken body. Energized by his new and improved parts, Marvin achieves instant fame as a super cop until his animal instincts start taking over his body at all the wrong times. And when he finds himself falling for the lovely and sexy Rianna (Haskell), it's animal magnetism at its craziest.