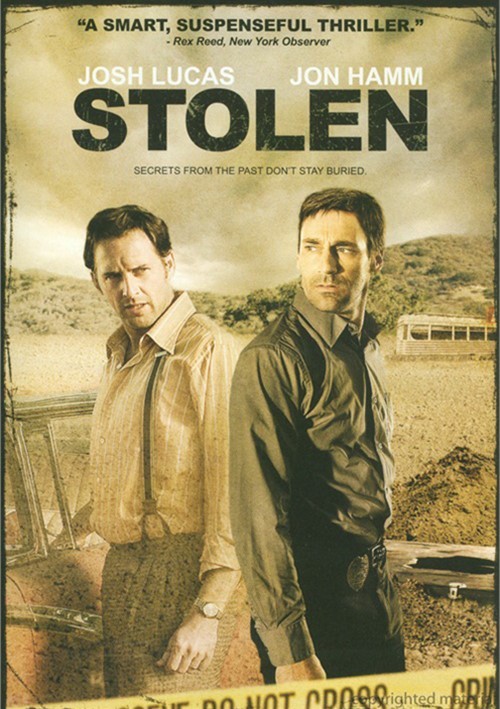 Golden GlobeÂ® Award winner Jon Hamm of Mad Men stars as Detective Tom Adkins, a devoted cop haunted by the unsolved disappearance of his young son eight years earlier. But when Adkins discovers the buried remains of a boy who was brutally murdered more than half a century ago, he becomes obsessed with investigating the long-forgotten crime. Is the 1958 mystery surrounding down-on-his-luck family man Matthew Wakefield (Josh Lucas of Glory Road) and his own abducted son linked in any way to Adkins' tragedy? And even if Adkins can prove a connection, can he face the shocking truth about the killer? Rhona Mitra (Boston Legal, Underworld: Rise of the Lycans), Morena Baccarin (Serenity) and James Van Der Beek co-star in this harrowing thriller about the parallel lives of two men for whom secrets will not stay hidden when hope has been Stolen.

Trailer
Behind The Scenes